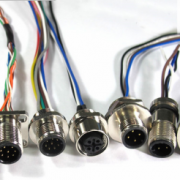 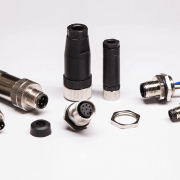 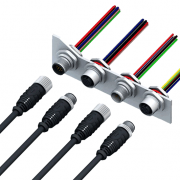 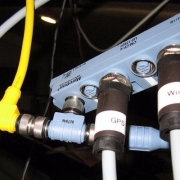 The M12 connector is a circular connector with a 12 mm locking thread, and generally has an IP protection level to prevent liquid and solid intrusion. M12 connectors are ideal for sensors, actuators, industrial Ethernet and fieldbus devices, and are mainly used in industrial automation and corrosive environments.

Before the M12 connector was developed, engineers either had to directly pull the cable, or had to repeatedly replace the connector due to poor use conditions. The initially released M12 connectors are 3-pin and 4-pin models. Although they are inferior to its predecessor, the RK30 connector, in terms of the maximum current allowed to flow, it can provide IP67 protection. The 4-pin M12 connector allows a single system to incorporate more advanced sensors and actuators. Nowadays, such sturdy and durable connectors are divided into 3-pin, 4-pin, 5-pin, 8-pin and 12-pin configurations, and various new locking methods such as bayonet and push-pull are continuously developed.

In addition to the different number of pins, the M12 connector also uses a variety of key positions to prevent incorrect mating. The most commonly used encoding types and their uses are listed below:

The most popular M12 encoding types are A encoding, B encoding, D encoding and X encoding. A code, B code and X code are some of the M12 connectors that have been developed the earliest and have the longest time to market. In the field of high-speed industrial Ethernet, the demand for X-coded connectors continues to grow, and will eventually replace A-code and D-code components in Ethernet applications. The latest M12 code types currently under development are K code for AC power and L code for PROFINET DC power. 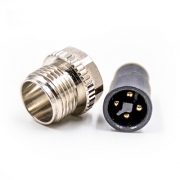 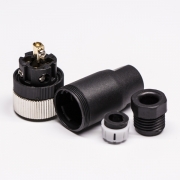 Definition and Advantages of M12 Connector 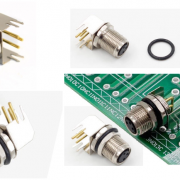 M12 is a kind of sensor connector 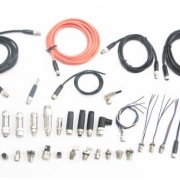 Where can the front fastened threaded M12 connector be used?

M12 is a kind of sensor connector
Scroll to top